Please click on a Session panel heading below to open or close it.

The last three Championships have seen Millfield swimmers crowned Senior 400m Freestyle Champion. Motivated by the prospect of a home Commonwealth Games, favourite Will Ryley (Uni of Bath) was the only sub 4 minute swimmer entered in 2022's event at 3:59.87. Already newly crowned Senior Champion over 200m in a record time, he has adapted well to the demands that the 400m event places on his body's energy systems. Ryley produced a controlled 4:04.76 swim to add the 400m title and 18 & Over gold after taking over from early leader Wyatt Walsh (Millfield, 4:08.46) whose own fine 8.6s improvement was rewarded with silver. Lewis Maxwell (Uni of Bath 4:12.15) took the bronze.

Jamie Steadman continued mounting up the Club points score for Clevedon with another Junior Championship winning performance which won 15 Yr gold in 4:24.96 and improved on his 4:29.60 entry time. As in the 800m race, Ewan Pedersen (Millfield, 4:28.36) was his nearest challenger in the age group. Pederen finished with silver by just 0.14s after successfully mounting a charge over the last 100m to catch team mate Lauchlan Parrott.

Conditioning the mind to will the body to continue working is a greater challenge for younger age groups. Entered on 5:39.20, a spirited performance by Taunton Deane's Tom Barnett saw him win 12 Yr age group gold in 5:07.20. The silver medal was won by Oli Hallett (Taunton Deane, 5:27.97) with a 7.27s improvement and Clevedon's 800m silver medallist Alex Parish finished over 12s faster than his entry to take bronze with 5:34.74.

The 16 Yr prelim rankings went on to determine the medal placings. Taunton Deane's Chloe Bown led the qualifiers with 1:00.38 but a slower first 50m in the final combined with a faster one by nearest challenger Nicole De Pree left her with a fight for gold. All medallists went faster than the prelims with Bown touching in 1:00.19 for gold, 0.06s ahead of De Pree with Millfield team mate Georgina Hawkins third on 1:01.35.

13 Yr Gold medallist in 2020, Isabel Blackhurst (ANT) first demolished Anderson's Junior mark in the 2022 prelims with 59.52. And emphasising her racing prowess, she lowered the mark again with a sub 59s swim of 58.98. Sophie Davies (1:01.75) overcame a slower first 50m which had left her over 1.5s down on Blackhurst at the turn by overtaking Millfield team mate Sienna Franklyn-Miller (1:02.22) for silver.

The 16 Yr age group prelims saw the top five swimmers separated by just 0.23s. Clevedon's Sam Ledward was in pole position with a 0.05s improvement to 30.66 but the final instead produced a Millfield 1-2-3. Joseph Martindale had already bettered his 31.12 entry time by 0.24s in the heats before going sub 30s to 29.96 for age group gold. Ethan Payne (30.29) and a 0.46s improvement on his entry time for Richard Jenkins (30.34) earned silver and bronze respectively, with Ledward just 0.1s behind in fourth.

Next to take aim at the Senior title was Taunton Deane's Champion and record holder over 100m, Oscar Barlow, who was again facing the challenge of 100m age group silver medallist, Matthew Cairns. The Millfield swimmer was quick to establish his credentials, leading the prelims with 27.40, just 0.32s ahead of Barlow. With the 2018 senior record of 27.14 seemingly within touching distance for either man, both went all out in the 17 Yr  final which Barlow won in 27.37. Cairns finished just 0.05s behind to take silver while Oliver Saunders (Team Bath AS) maintained his  prelim ranking to finish third on 29.51.

That again left Barlow hanging on the result of the next final which featured his team mate and 2020 Senior Champion Ryan Whitworth as fastest qualifier of 2022's 18 & Over age group on 27.89. With second ranked Matthew Hall (27.95) not contesting the final, the challenge would come from his team mate Alex Painter whose response was a 27.86 which earned age group gold and left 0.39s of clear water from second placed Whitworth (28.25). Iain Rose (Uni of Bath, 28.34) came third. Barlow's time had withstood the onslaught and with it came another 2022 Senior title.

The only two sub 30s swimmers in the prelims, Millfield's Adam White (29.48) and Lauchlan Parrott (29.71) repeated that achievement in the 15 Yr final, both improving to 28.84 and 29.62 and earning White the Junior Championship title. Bridgwater's Max Head (31.06) improved on his fifth placed prelim rank to take bronze.

Isabel Blackhurst's mastery of all four strokes gave her a commanding 3.75s lead over the 15 Yr age group after her 2:30.14 prelim swim. Taking over the lead from Annabel Chan after the first turn, she delivered another consummate performance to win the Junior Champion title in the final with 2:27.65. That beat her 2:28.73 time as she finished 4.77s ahead of Millfield's silver and bronze medalists, Sophie Davies (2:32.42) and Sienna Franklyn-Miller (2:36.02, successive drops from 2:38.96).

County record holder in the event from 2019, Marcus Gardiner (Street District) led the 18 & Over prelims with 1:06.82 but didn't contest the final. That left the Uni of Bath swimmers who were second and third fastest, Shem Fair and Tobi Sijuade needing to withstand any medal challenges from Wyatt Walsh and Joseph Coldwell just 0.01s and 0.07s further back. 200m bronze medallist Fair won the 18 & Over gold and Senior Championship in 1:07.19 but while Millfield's Wyatt (1:07.87) went faster to take silver, Sijuade (1:09.07) didn't and ended with bronze despite a faster first 50m.

While the 16 Yr final was contested by Millfield swimmers bar one, the 17 Yr age group had representation from right across the County. Clevedon's Blayne Stanbrook (1:12.38) and Olly Watts (Team Bath AS, 1:12.75) set the prelim pace. Watts went on to win age group gold in 1:11.75 but where silver would end up came down to a battle between Stanbrook and Alexander Mufti. 0.41s down at the turn, Mufti surged to the scoreboard end in 1:13.32 to take silver by 0.13s from Stanbrook.

The 15 Yr prelims suggested the final woould be tightly contested after Szymon Wyrozumski (Taunton Deane, 1:14.55), Jamie Steadman (Clevedon, 1:14.61) and Harry Ryder (Taunton Deane, 1:14.64) were the fastest three qualifiers. Already having bronze over the 200m distance, Ryder wanted gold and went over a second faster than he did in the prelims over the first 50m to prove it. That still left a half second deficit on his team mate at the turn but Ryder drove to the wall in 1:12.15 to win age group gold and the Junior title. Wyrozumski took silver with 1:12.54 and Steadman bronze (1:12.94, and entered on 1:13.47).

While Adam Peaty's exploits in Tokyo have been insprining the likes of Higgins and Price, the full effect is yet to reach Somerset's youngest age group, where only two contested the 10-11 Yr event. There is usually a follow on effect when competitor numbers are reduced in certain Club age groups, affecting not just future County Championship entries. And while recovery from the pandemic remains a priority, credit must go meanwhile to JJ Wells (Taunton Deane) who clocked 1:39.09 and John Angelosanto (Millfield, 1:44.36) for meeting the challenge.

Bath Uni affiliated members have swum nine of the fastest fifteen all time Somerset female open 50m fly swims. And three aiming to continue this tradition in this session occupied the first three places after the 18 & Over prelims - Lottie Wynne-Jones (28.32), Ekaterina Price (28.96) and Jemima Hall (29.78). While dislodging Team Bath  AS legend Siobhan-Marie O'Connor from the 26.45 top spot she has held for nearly 8 years would be a tall order for anyone, the first aim is always to improve and they all did so - Wynne-Jones by 0.52s, Price by 1.03s and Hall by 0.2s. Wynne-Jones won age the group gold and the senior title in 28.33. Price improved again to 28.85 for silver as did Hall (29.39) for bronze.

Keynsham's tradition of fine age group swims in the event continued with Laura Ball progressing from 33.15 through the prelims as fastest qualifier in 32.31 to 13 Yr age group gold in 31.73. Evie Twelvetree (Millfield, 33.21) and Grace Williams (Team Bath AS, 33.35) were next to the pads for silver and bronze.

The prospects that Junior records will continue to fall in the near future was given another boost after a similarly dominant performance in the 12 Yr age group by Taunton Deane's Liberty Jones who carried out a thorough demolition job on her 34.13 entry time. Bypassing the 33s to lead the prelims on 32.63, Jones went on to win gold in an assured 32.30. Ailsa Main (Backwell, 34.99) took silver with both her swims faster than her entry time, and Vivienne Lubbe (Millfield 35.29) was 0.48s better for bronze.


Senior and Junior Championship Presentations
Please click on any image for its full size version (opens in new window). 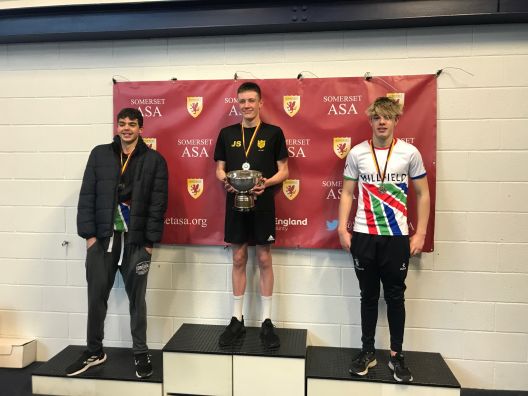 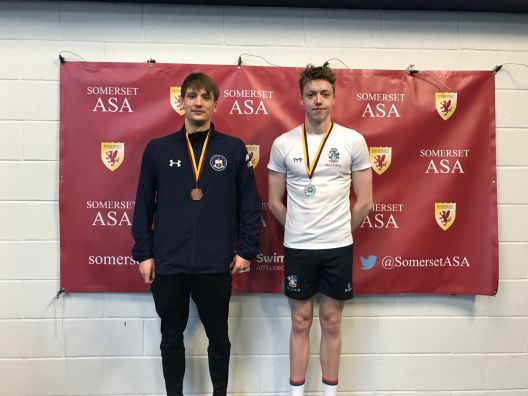 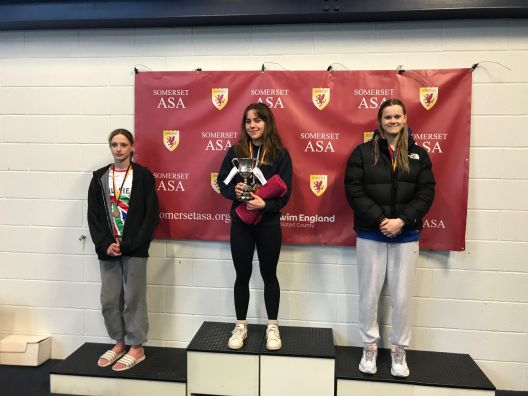 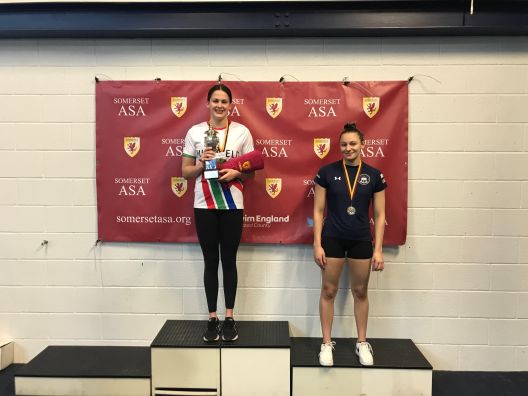 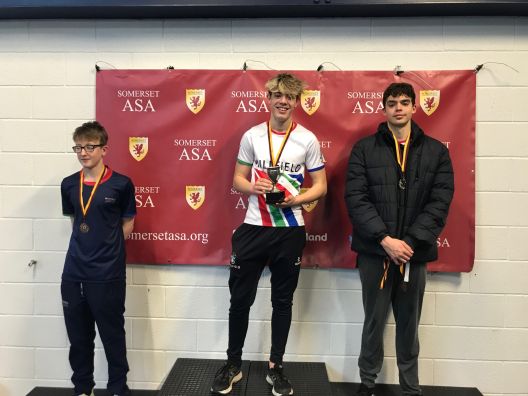 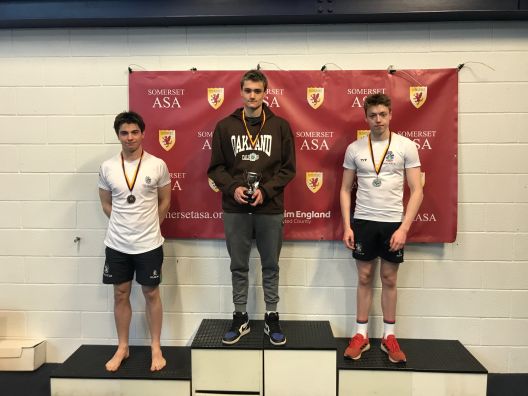 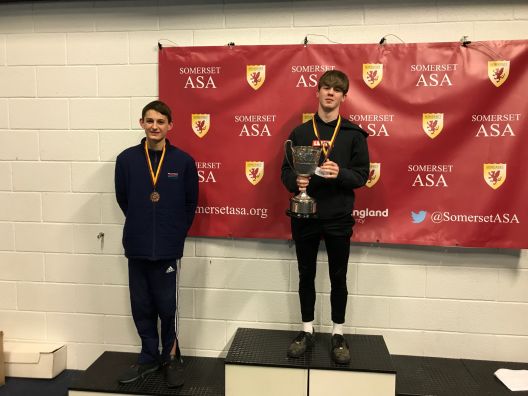 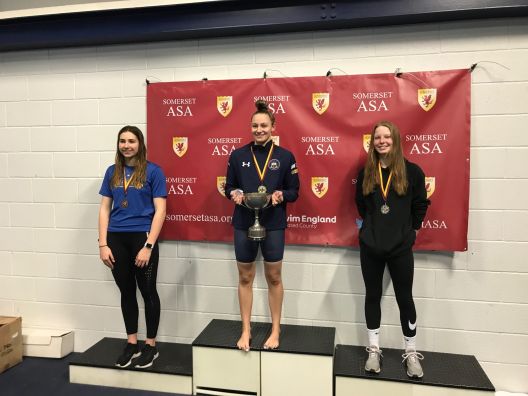 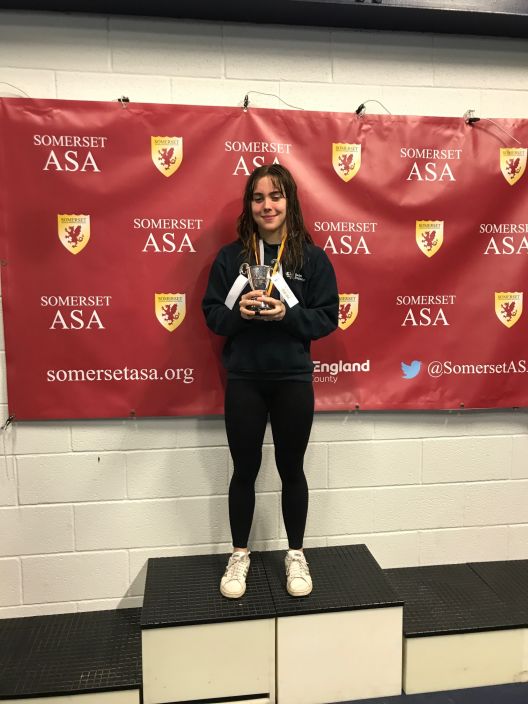 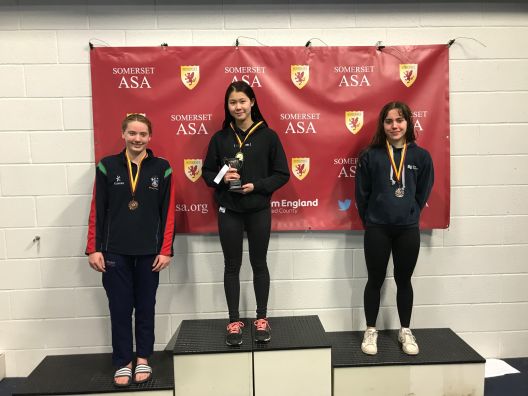 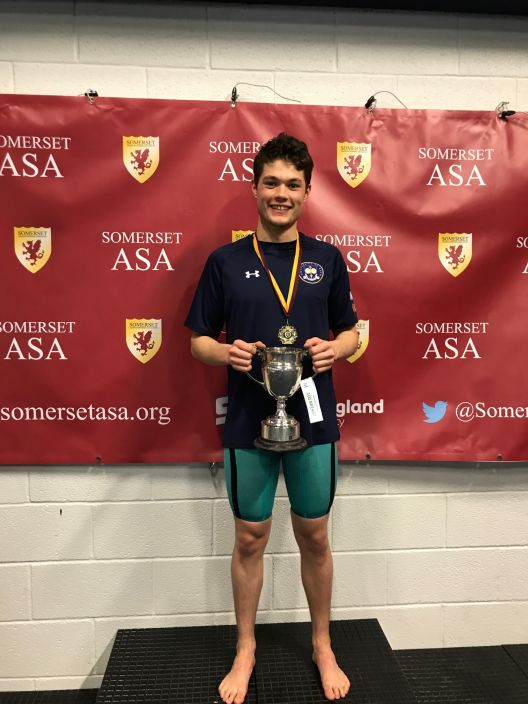 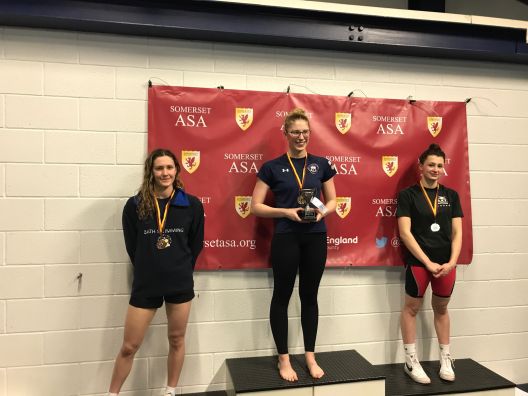 We issued an earler call for any Senior and Junior Championship Presentation photos from 23 Jan 2022 for our gallery and hopefully their publication will follow.

Swim England has made some minor changes to the Coaching Policy released earlier this year. View the updated policy, FAQs and feedback form for any issues that you want to raise about your club being compliant.

Swim England has updated its guidance to align with FINA recommendations. Minimum depths for entry level activities for artistic swimming and water polo have also been amended.