You are here:   Home > News >
An Invitation From James Guy

An Invitation From James Guy

To members of Somerset ASA Clubs from Bath NC based Millfield OM, James Guy, winner of two gold and one silver medal at Tokyo 2020.

"As requested, I have enclosed the relevant information regarding the JG Performance Camp that will be taking place on 12 December 2021 at Millfield School.

"Please could you share this with the local Somerset swim clubs.

"I am particularly excited for my camp in Somerset and even more so at Millfield, with it being the home of my formative years, not only as an athlete but also a young adult.

"For this reason, my camp at Millfield will be just the extra bit special with the facilities being state of the art and the personal significance that it holds in my heart.

"I have accumulated a dream team for the camp, allowing every young swimmer access to industry-best-professionals from all areas of the swimming world. Not only this, my team is also made up of people that have been integral to my development and progression outside of the pool, including those that have been around way before I took the World Champion title at 19." 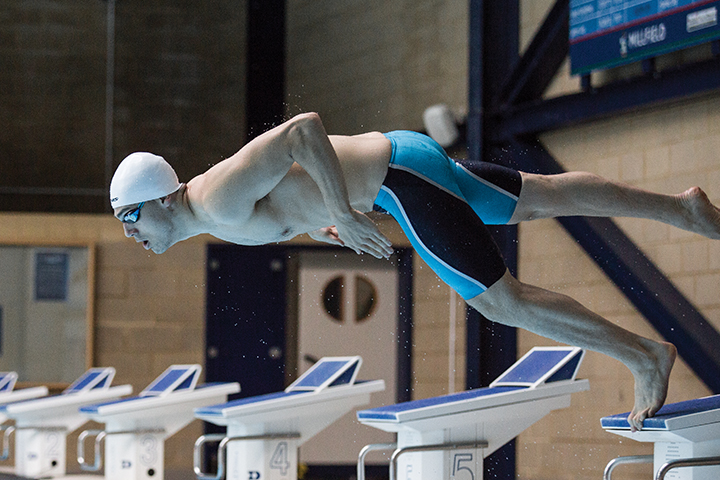 "I am a multi-event Olympic and World Champion; I began racing at the Somerset County Championships, progressing to become a double Olympic gold medallist and world record holder.

"I have been through the highs and lows as an athlete, and know how important it is to have a good team around you.

"With over 20 years of experience as a Physical Performance Lead and Lead Nutritionist for British Swimming, he has worked with the best swimmers and coaches, ensuring their diet and nutrition strategies maximise their performance.

"Rich and I have worked together since 2017 and he has helped further my education about the importance of giving your body the right fuel.

"Liam’s coaching career started at a small club in Somerset and has already taken him to some amazing places, in the UK and abroad.

"He himself began as a swimmer for the Somerset County Team and the Inter Regionals Team. He then progressed onto coaching at Millfield School and then went onto be the lead coach for the South West Para-Team at the British Swimming Para-Internationals and the 2016 Rio Paralympic Trials.

"As well as this, he has have been a coach for multiple Swim England Talent Development Camps and has been fortunate to work with outstanding athletes and coaches, including swimmer Steph Millward, the 10x Paralympic medallist.

"Having attained the title of the youngest Head Performance Coach in the UK, Luke has established his own name and reputation within the swimming world.

"Officially, Luke is a qualified level 2 who has worked with big clubs in the northwest of England, but has swimming wisdom far beyond his age. He helped me win all of my medals but particularly my two gold medals in Tokyo, with me and many of my team naming him the 'tactician'. His uncannily good race planning shows his extensive knowledge of the sport, able to give stats on an absurd amount of swimmers from all countries.

"His relationship with his swimmers is a particularly special one, with his enthusiasm for the sport exuding out of him. He loves to push his swimmers, and always believes they can overcome whatever challenges they face within the pool.

"Last but certainly not least is my Dad. Andy has been one of the biggest influences in my swimming career, particularly in the lead up to the 2015 World Championships.

"Having been a PTI in the Army, he was able to identify my weaknesses and then go onto build my skills and strengths.

"My dad will be giving a parents talk (on behalf of both him and my mum, Cath) on the sacrifices they made as a family to get me where I am today. My Dad stands by the quote, ‘if you fail to plan, you plan to fail’ and will be discussing this particularly in relation to my journey as a young swimmer and the struggles I had to overcome. 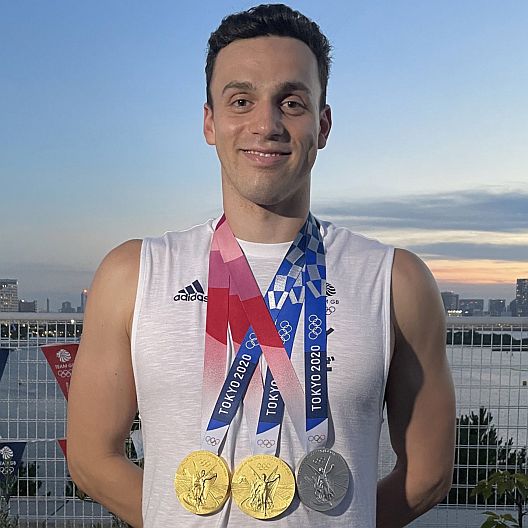 What to expect on the day
"I would love to see and connect with as many local swimmers as possible; it would be great to see them at my camp.

"Here is the link to register their place now!

PS: "My last camp had National champions on it; you are never too good to learn

"Thank you for taking the time to read about my camp."

James Guy
NB You can download a copy of James' letter above for Club Notice Boards and to share within your Club and network.

Qualifying Times, Multi-Classification QTs,Event Programme and Entry Conditions for the event in Jan/Feb 2022 at Millfield.

Pre-order from Swimpath. Hoodies will be despatched once the names have been supplied and printed on the back.