Alyson Bashford, County Synchronised Swimming Secretary, reports below on the first ever synchronised swimming development day which took place at the University of Bath on Saturday 12 October 2019 and was held alongside the South West regional development squad day.

12 swimmers spent the day doing strength and conditioning, pool stamina and figure drills and had a talk on “what the judges are looking for“. 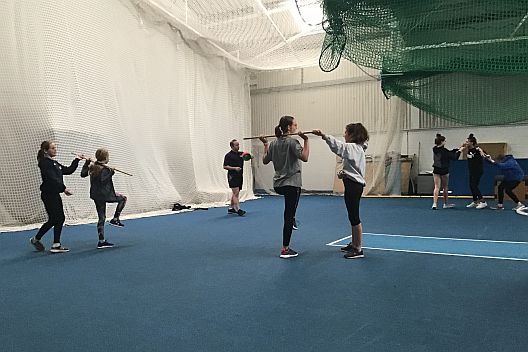 The conditioning was taken by a kinaesthetic coach who got the swimmers to really think about their body positions and the strength they need to perform well. They completed exercises using only themselves, poles, cones and water bottles. 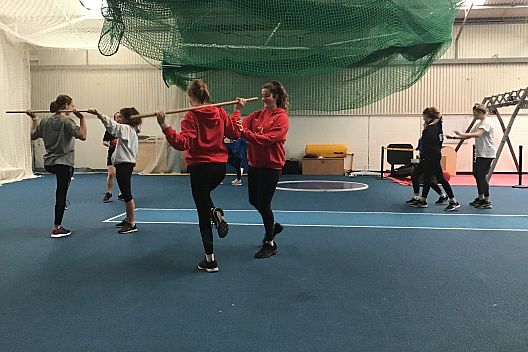 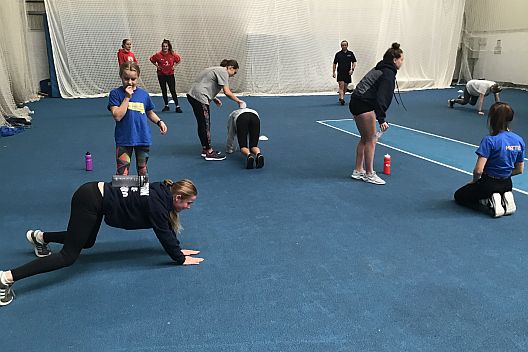 They started with a reaction exercise and moved onto core then posture and body strength using the poles. 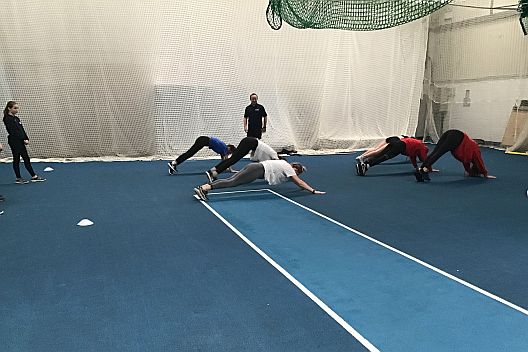 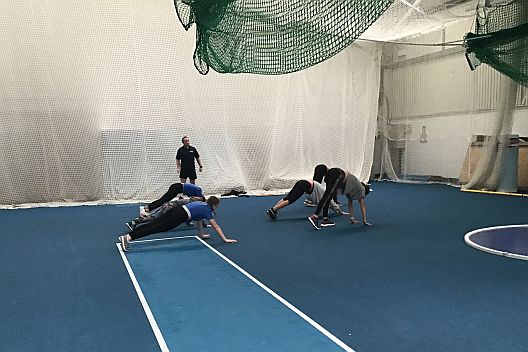 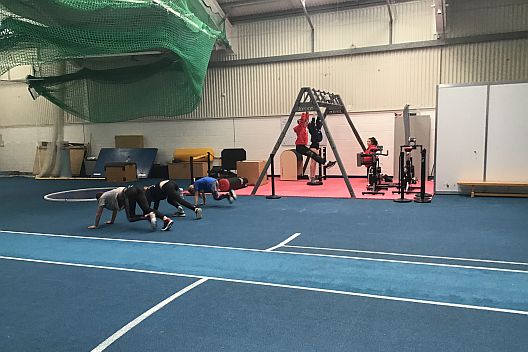 They also did a conditioning circuit and ended with an interesting catch chase game. 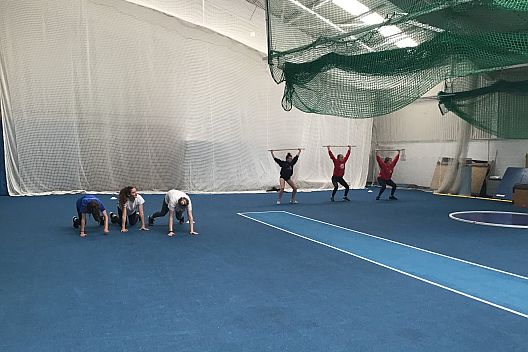 All swimmers engaged with the coach who was really good at getting across what he wanted from them.

In the pool, the swimmers had to work hard as it was a 50m pool. They did stamina lengths using synchro techniques and mixing up underwater and strokes, with sculling, eggbeater and boosts mixed in. They all worked hard and were really putting in effort. 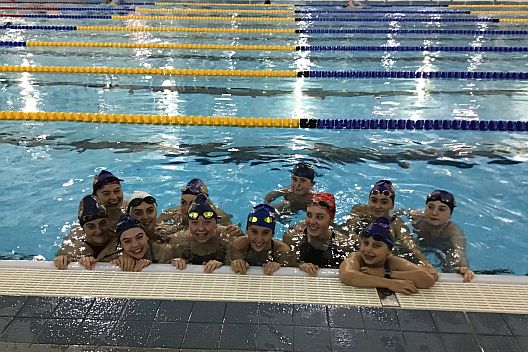 After lunch, the second pool session was mainly figure work. Barracuda and vertical positions were worked on with figure drills and sculling work and some spins were tried at the end. 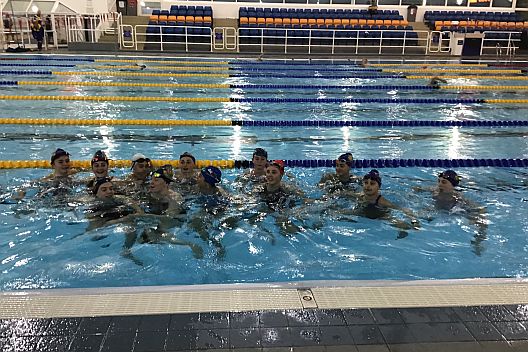 The swimmers all seemed to enjoy the pool sessions.

Finally the talk at the end on judging gave swimmers insight into why they get the marks they do for figures and what affects these marks - talking about height, parts of figures and their NV values, how marks can be got higher and how attention to the easier parts is still important.

They all went away with height charts for reference. Swimmers then watched two videos of the Canadian (2000) and Spanish Olympic (2012) teams to see how good routines can be when looking at details of heights and good execution. This also illustrated how things had changed over those 12 years.

Everyone left tired but hopefully having learned a lot from the day.

Safeguarding - Guide to training and funding and dates for courses

Find out which courses will be funded by Somerset ASA and the Region and the process to follow when booking a Safeguarding course .

Sent to all our Clubs. Please sign up for a webinar!