You are here:   Home > News >
Shaza Lee is Swim England South West Volunteer of the Month

Congratulations to Shaza Lee of Backwell Swimming Club who has received the Swim England South West award of Regional Volunteer of the Month for April 2019. 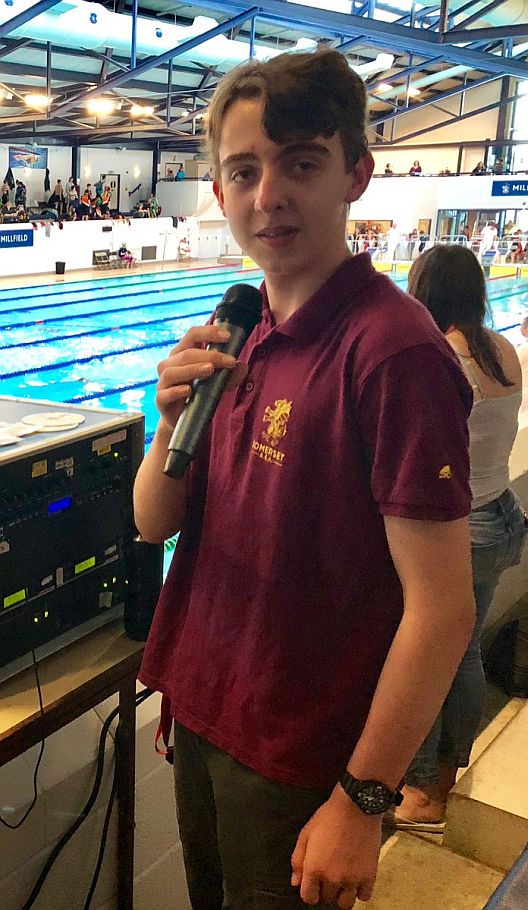 Shaza is one of a number of great young volunteers at Backwell Swimming Club. He regularly assists with coaching and teaching our younger swimmers and has blossomed in that role (see later feedback from our Potential Squad coach).

Shaza is part of the Somerset Young Volunteers group this year and has got fully engaged with that process and trying new skills that were initially challenging for him. He undertook a range of roles at our County Championships this year, including announcer on a number of occasions. He was commended for his volunteering (especially announcing) by Kelly Podbury who also encouraged the Club to nominate him for this award. On the microphone Shaza was clear and keen to try new ways of engaging the swimmers and audience to everyone’s delight.

Backwell's Potential Squad coach said: Shaza has been volunteering for 16 months with Backwell Swimming Club . Initially he worked alongside myself helping to deliver the set to our Potential Squad who range in age from 10 to his own age, 14. Since September 2019 Shaza now also helps poolside by supporting our younger swimmers in Minnows squad who are as young as 8 years old. Shaza from the outset has shown natural aptitude, talent and initiative for his volunteering. His natural ability poolside alongside the coaching and teaching team means he is a genuine support for the lead coach poolside.

"From day one with limited guidance and support from myself, Shaza has used his own; technical knowledge of swimming and great communication to ensure all the younger swimmers he helps coach, understand what they need to work to improve in their stroke and why this will make them better swimmers. Shaza has used his own initiative, he picks up when swimmers need correcting, without any prompt from myself as the lead coach. Without being told or shown he has devised his own way of ensuring he gets their attention by using a “ float “ , when he has their attention he kneels down on poolside to talk to the swimmer ensuring they properly understand where they can improve.

"It is clear that Shaza has a real connection to the swimmers and an overriding care for them to do better . When they correct their stroke in the way he has encouraged them to do so he uses immediate praise non-verbally at first in the water with “thumbs up “ and then will ensure they get positive verbal feedback when at the end of the lane. This is something that comes naturally to Shaza he clearly has genuine care for Backwell Swimmers to do well.

"Shaza is clearly having an impact on the swimmers he helps to coach they now look to him for guidance and support whilst training."

Thank you Shaza and we appreciate the nomination following Kelly's suggestion that Clubs nominate their YV's for offering exemplary support during the Championships.

To nominate someone for a future award click here.