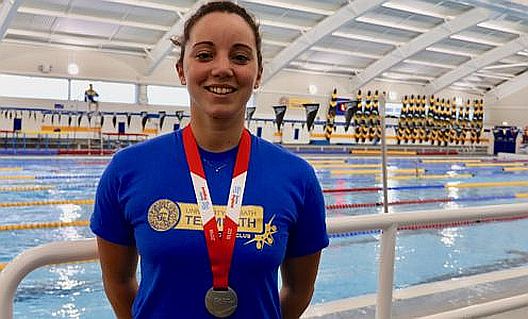 We have volunteers supporting all aquatic disciplines so we were delighted to announce at our AGM that synchronised swimming's Ilaria Brandimarte is our Young Volunteer of the Year.

Ila is an exceptional talent and founded Team Bath Synchro Cub – the first synchronised swimming club in Bath. She is the Club's Chairperson, coaches at most sessions, organises training venues and has worked tirelessly to plan the Club's upcoming synchro clinic and summer training camp.

Ila will be working towards her synchro coach qualification this year. And she is doing all this whilst 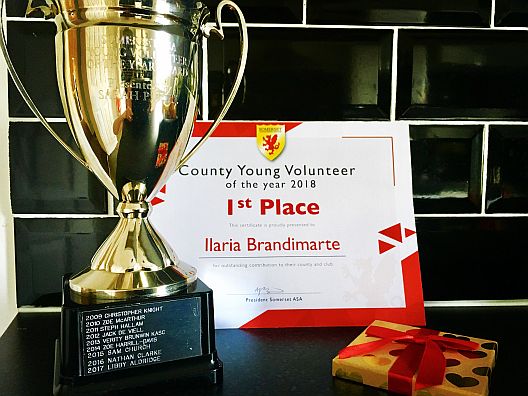 Club Secretary Beccy Oliver commented: "Ila is extremely passionate about synchro, and our club would not exist without her."

The Club is going from strength to strength as more youngsters take up synchronised swimming.

“We launched a junior section in September and we now have nearly 40 children training with us every week plus a master squad composed of adults and university students,” Ila said. “We have more taster sessions coming up and we regularly have ten to 15 youngsters who want to try synchro at them, which is really good.

“We’ve started a partnership with Team Bath Tribe, with beginners joining the youth programme here, and some of our top athletes have joined the Team Bath Futures athlete development programme so we are providing the right environment for their development.”

"Thank you so much for the award and voucher. I'd never thought I could win it. It's bright and shiny at home in a good view!"

On behalf of Somerset ASA, congratulations!