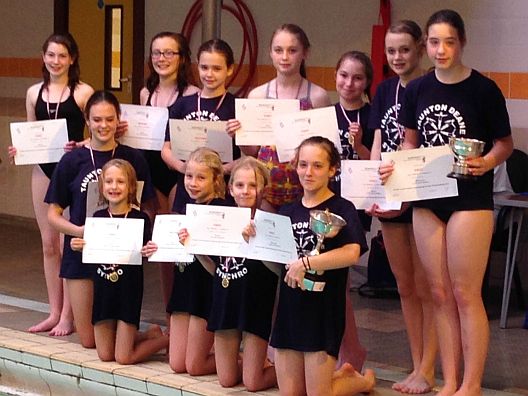 Following last year's success, the figures had increased difficulty to stretch the swimmers and reflect national figures. 12 swimmers from 8 to 16 years took part.  On the second day swimmers also performed their own choreographed duets to music of their choice and all gave a polished performance showing off their improving talent.

Many thanks to all those who took part and to all the helpers who gave up their time to score clerk and judge.  The results were as follows: