Somerset ASA's 2006 Swimmer of the Year and the Melbourne Commonwealth Gold Medalist over 50m Backstroke in the same year, Matt Clay (Chard) returned to his roots today, 5 April to pass on his skill to the next generation of swimmers whilst working with Double Olympians Ed Sinclair and Matt Kidd at Miilfield School.  The Maximum Performance Camp held over four days was attended by 50 talented swimmers from around the country to include 5 from clubs in Somerset.  Keynsham, Taunton Deane Swimming and Millfield all had swimmers at the event. 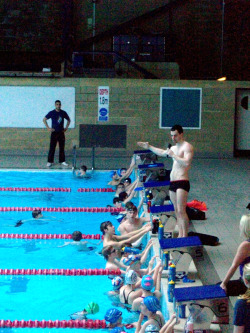 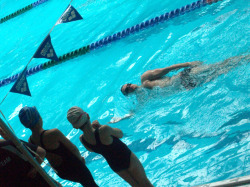 
Matt Clay talked to BBC Somerset's Breakfast Show presenter Pete Simpson before travelling to the camp from Bath where he is now based training at the British Swimming ITC in preparation for the 2010 Commonwealth Games.  Matt was confident of qualifying for the Games during July at the British Gas Swimming Open (50m) but said of his involvement at Millfield School, 5 April that it was, "a chance to share a few of the skills and techniques I've learn't over my career and give something back to the future generation and stars, hopefully this will make a big impact not only at London but Rio too." 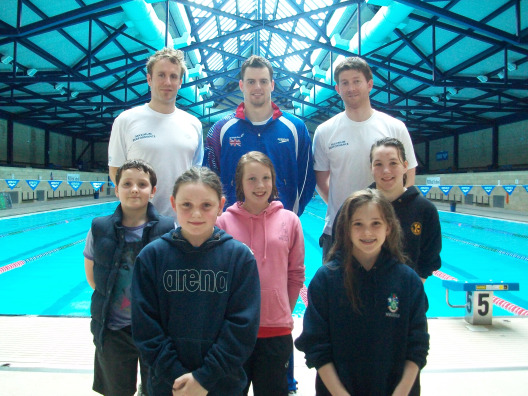 The Maximum Performance swim camp was one of the last at Millfield School for Ed Sinclair.  The Double Olympian was a swimmer at the school and with Hounslow Hurricanes Swim Squad when making the 2000 Sydney and 2004 Athens British Olympic Swim Team.  For the past five years he has been Millfield's Assistant Swim Coach but later this month he will be returning to where it all started for him - Teddington in South West London where he has been appointed Head Coach.

Ed has already coached swimmers reaching international level, the most recent being British 50m Breaststroke Champion Robert Holderness who saw sucess at the British Gas Swimming Championships held 29 March to 3 April.  Speaking whlist at the Millfield swim camp Ed said, "I'm sorry to be leaving Millfield but look forward to continuing to help swimmers achieve their goals".  Somerset ASA thank Ed for his contribution as County Assistant Swimming Team Coach over a number of National County Team competitions and wish him well for the future.

Legal risks and duties of care when returning to play / activity

Guidance note, in the context of coronavirus, for the benefit of all sports and physical activity providers.